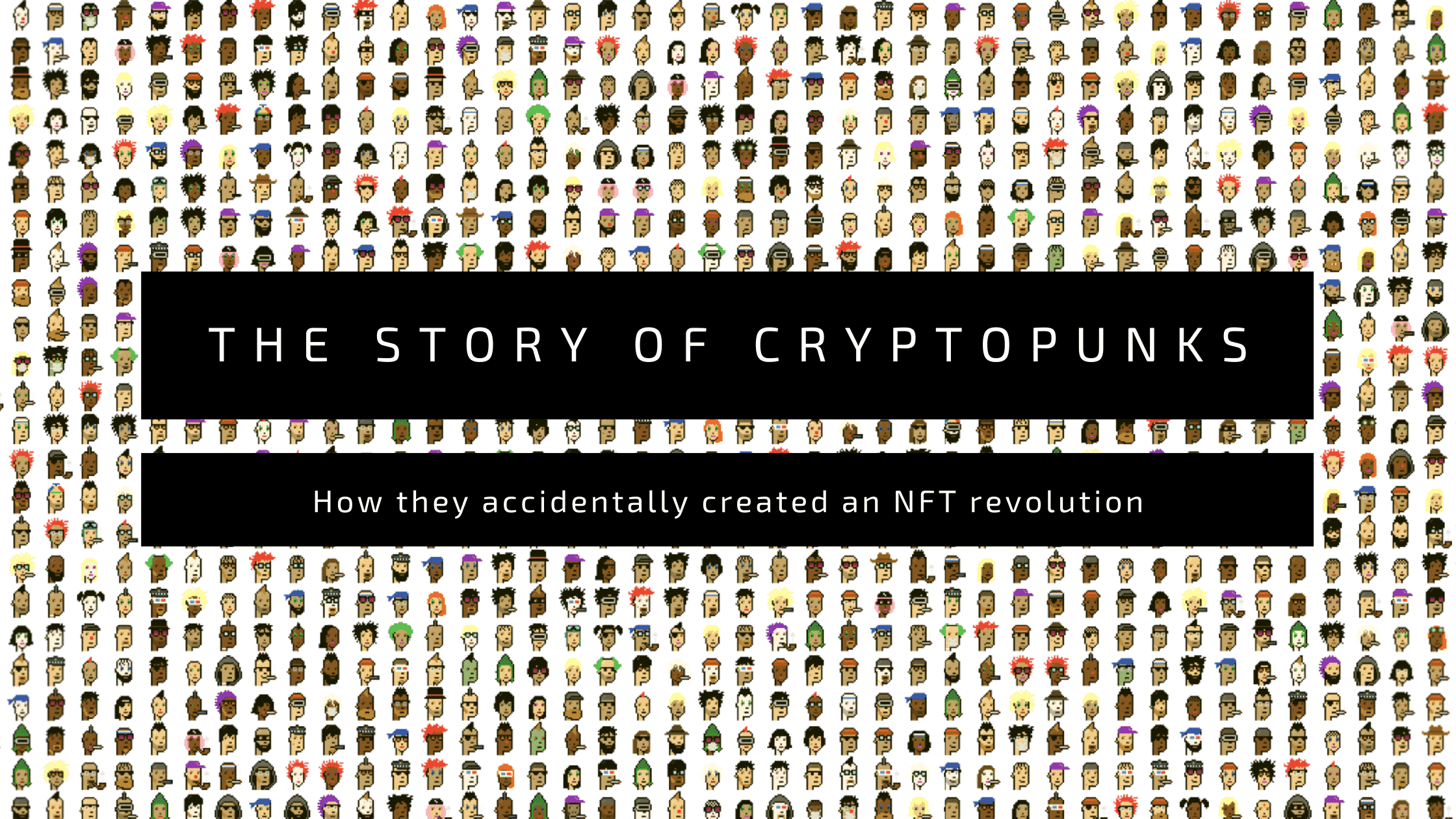 NFTs? Blockchain? Millions of dollars? Somebody explain these things, please!

Blockchain is everywhere. You’ve heard of bitcoins and other cryptocurrencies. And the recent buzz is NFTs. You see things like memes, the Nyan Cat, and popular internet videos being sold for tons of dollars as an NFT!

But really, what in the world is an NFT or a non-fungible token. Basically, an NFT is something that’s unique. It can’t be replaced with anything. It’s like that ultra-rare one-of-a-kind trading card. A Limited Edition. Like one of those McLaren cars that Mr. Bean had.

Ok,so NFTs are like the digital equivalent of the Mona Lisa?

Correct. It is a piece of digital asset (image, music, tweet, etc.)that grows in value with time. We are talking about a string of 0s and 1s that go for six, even seven figures here!

NFTs are part of the Ethereum blockchain. As most folks know, Ethereum (ETH) is a cryptocurrency. However, what makes ETH different from currencies like Bitcoin and Dogecoin is that it also supports NFTs.

If we had to keep it simple, consider this. People love collecting the rarest pieces of art in real life. NFTs are a digital way of doing the same.

I can still see multiple ‘copies’ of one of those digital art NFT things, all across the internet.

Didn’t you just say they are one-of-a-kind?

It is true that NFTs are designed to give you something that can’t be copied. But only one person gets to own the real, original art.

Anyone can buy a print of the Mona Lisa. But only one lucky fella gets to REALLY own it (in this case, the French Government).

In short, one entity gets to have the proof that they OWN the thing.

Your NFT is on a blockchain. The art itself is not stored on any blockchain or decentralized storage. It is privately stored by the entity that launched the token.

CryptoPunks was released in June 2017 as one of the first non-fungible tokens (NFT) on the Ethereum blockchain. The project was developed by American studio Larva Labs, a two-person team consisting of Canadian software developers Matt Hall and John Watkinson. 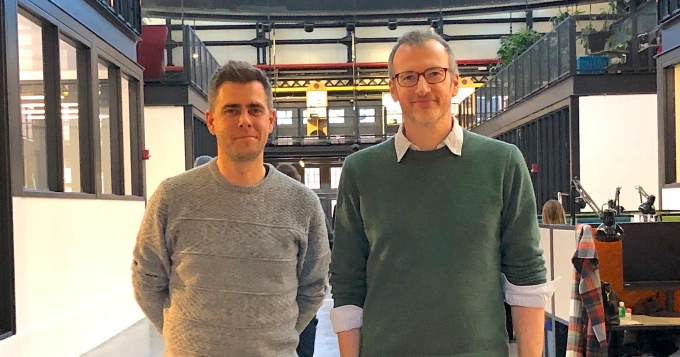 These CryptoPunks were built on an idea – can a few lines of code be owned? Like a piece of property whose value goes up (or down) with time?

Today, all 10,000 punks are scattered across some 1,889 wallets. Each of them is unique. Some are human. Some are aliens. Some are apes. And some are zombies (because hey, why not?). 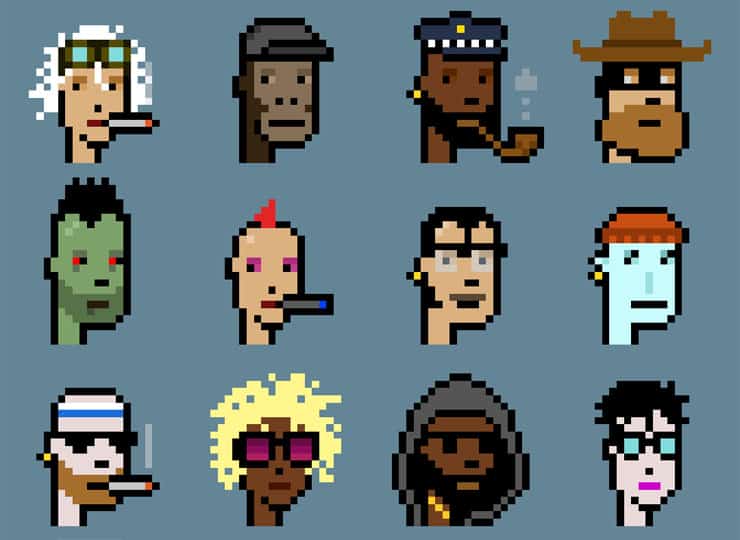 Back in early 2017, two artists, John Watkinson and Matt Hall had this idea about creating digital avatars based on the punk aesthetic from London in the 1970s. The creators built a pixel-art character generator which randomly mixed a selection of characteristics (sunglasses, skin colors, hair types and so on), to come up with 10,000 24-by-24-pixel “punks” – a characterization inspired by Timothy May’s cypherpunks.

According to the creators, they weren’t quite sure what to do with the punks. They wanted to turn it into a mobile game or app with some collectible aspect to it.

To make it collectible, they were thinking to add bitcoin into one of their projects, but the bitcoins were not non-fungible (meaning, not interchangeable), which beat the purpose of an interchangeable collectible.

After several attempts, they decided to put a hash on each of the CryptoPunk’s image file into it’s respective smart contract, allowing people to buy and sell the Punks. They released news of this project onto specific Etherum subreddits and Hacker News sections. Very few people noticed. Only around a 100 punks were claimed which the creators offered for free.

Until, they spoke to Mashable.

And sent them a story with a title that read, ‘This Ethereum-based Project Could Change How We Think About Digital Art.’

What followed after that article was unfathomable.

Hall and Watkinson had created 10, 000 distinct characters with different hairstyles, hats, glasses, and attributes. Within 20 hours of the article, 8,600 characters were claimed. The remaining 1,000 the creators had kept for themselves – which some time later, Watkinson began selling. First for $10, then $50, then $100.

Lucky for them, someone bought a Punk for 10 ether which at the time was valued at $3,000.

There’s nothing revolutionary about their design. Some could say that their simple look is the whole point. Pixel-art is just easy to read. You like it or you don’t, according to popular pixel artist Myoo.

Watkinson and Hall hosted these NFTs on the nascent Ethereum blockchain and gave most of them away for free. They also kept about 488 of them for themselves.

This story is important for several reasons. The reason(s) why CryptoPunk has such an attractive value proposition nowadays is that:

Given these reasons, people know that CryptoPunks tokens were distributed fairly.

Larva Labs, a creative technology startup, launched the whole collection in June 2017. The first Punks were free to claim. You only needed to make a small gas payment at the Ethereum network to get your hands on them. These cost just a few cents, long before decentralized finance (DeFi) and NFT hype drove prices sky-high.

Once those characters were out in the wild, a secondary market for them soon emerged. The Larva Labs website allowed everyone to bid, buy and sell these characters. A month after their debut, the total sales volume was almost $47,000 (or 176 ETH at the time) for the pixelated creations.

In the months ahead, CryptoPunks continued to change hands. It was only in 2019 and 2020 that their value started to hit astronomical highs among collectors.

You see, Ethereum had hit a record high since last year’s DeFi summer. ETH went from $370 to almost $2000. This coincided with increased demand for CryptoPunks. It was a win-win situation.

Given the scarcity of those Punks, some crypto investors saw these NFTs as a chance to make huge gains in their wealth.

Influencers like Logan Paul and tech CEOs like Dylan Field have also bought and sold CryptoPunks, helping drive prices higher than ever.

Up until the Rare Digital Art Festival, CryptoPunks were just crypto-collectibles born out of an experimental pixel-art generator with a fate to become another fun mobile app.

But that one article, that one word, ‘digital art,’ changed the very journey of CryptoPunk creators. Then the inclusion in the Rare Digital Art Festival sealed the fate of CryptoPunks as historical digital art that appeared in digital art galleries. 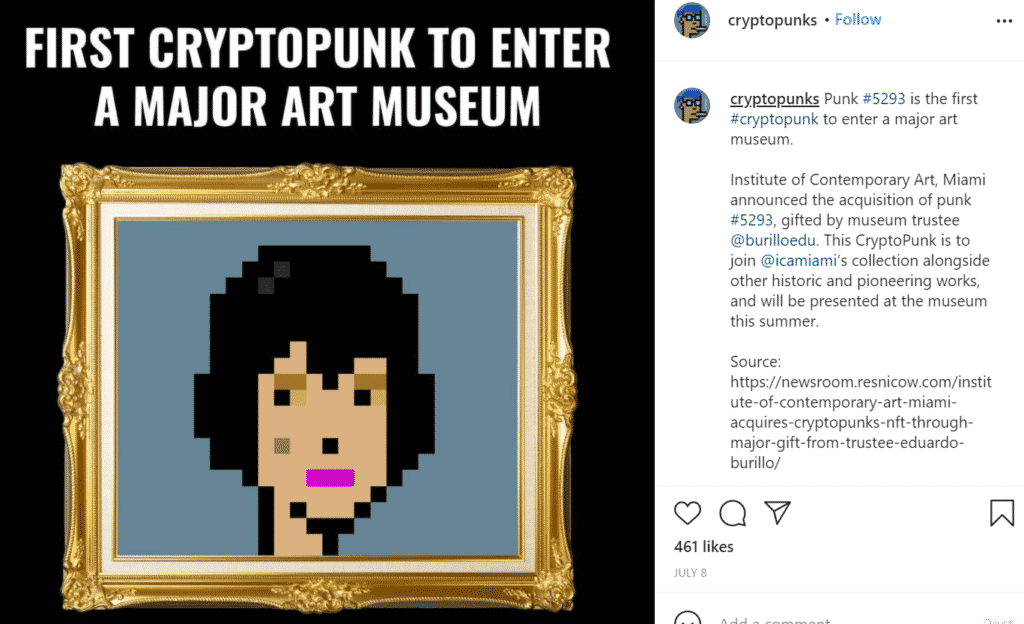 Today, CryptoPunks is considered to be the first peer-to-peer art market and remains a source of income for Larva Labs. Hall and Watkinson stepped into the art world and charmed digital and traditional artists. Today, they are working hard to adapt the Punks to the physical world using the plotter – a process that ties a digital work to a physical piece.

The future of the Punks is looking good.

Get in touch with me and let me help you navigate this world of NFTs.